Get LiT Around The Globe!

World Party Day is based on the idea that peace is not the opposite of war, merely its absence. The real opposite of war is party, and World Party Day aims to synchronize a massive worldwide party to celebrate everything that is good and optimistic. It does not matter how you celebrate, or even whether you celebrate alone or in company. The premise is that everyone in the world is joined in party, so you can really do anything you like as long as it involves celebrating the joy of existence, but you should probably at least blaze it up, share this post, and follow @WeedConnection

We compile a list of Four Twenty events lists every year.  The process involves locating the best and most easily copyable list available at the time, and/or using our own original preexisting lists (All International), then formating for our site and updating it with missing events found on other sites and lists.  This list is under construction, but the foundation for the USA section, until further updated, can be credited with respect to our friend Steve Bloom @ Celeb Stoner.

A Mexican American, Chavez became the best known Latino American civil rights activist, and was strongly promoted by the American labor movement, which was eager to enroll Hispanic members. His public-relations approach to unionism and aggressive but nonviolent tactics made the farm workers' struggle a moral cause with nationwide support. By the late 1970s, his tactics had forced growers to recognize the UFW as the bargaining agent for 50,000 field workers in California and Florida. However, by the mid-1980s membership in the UFW had dwindled to around 15,000.

During his lifetime, Colegio Cesar Chavez was one of the few institutions named in his honor, but after his death he became a major historical icon for the Latino community, with many schools, streets, and parks being named after him. He has since become an icon for organized labor and leftist politics, symbolizing support for workers and for Hispanic power based on grass roots organizing. He is also famous for popularizing the slogan "Si, Se Puede" (Spanish for "Yes, one can" or, roughly, "Yes, it can be done"), which was adopted as the 2008 campaign slogan of Barack Obama. His supporters say his work led to numerous improvements for union laborers. His birthday, March 31, has become Cesar Chavez Day, a state holiday in California, Colorado, and Texas. 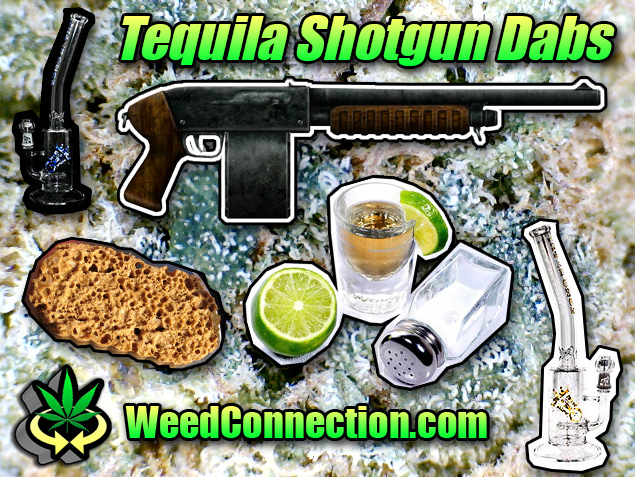 *Tequila Shotgun Dabs: Similar to shotgunning a bong = take a hit of concentrated cannabis, hold that hit in, then take a shot of tequila, and finally exhale. Lime and salt optional.

Today honors two of our greatest freedom fighters; Honest Abe Lincoln was not only all about the truth, but he also enjoyed blazing, and George Washington was a revolutionary warlord who farmed hemp. These founding fathers would support #FreeTheOG and #FreeTheWeed.