According to a new fact sheet issued by the Commission, just over 1,000 people were sentenced federally in 2020 for violating marijuana trafficking laws. That’s down 67 percent since 2016, and over 80 percent since 2012 – when Colorado and Washington became the first two states to legalize and regulate the adult-use marijuana market.

“These trends illustrate the fact that state-legal domestic cannabis production has supplanted the foreign market and that marijuana law enforcement is becoming less of a federal priority in an age where the majority of Americans believe that cannabis ought to be legal,” NORML’s Deputy Director Paul Armentano said. “It is vital that Congress take action to amend federal law in a manner that comports with this reality.”

Study: Marijuana Legalization Not Associated with Changes in Marijuana Use Among High-Risk Youth

Toronto, Canada: The enactment of adult-use marijuana legalization in Canada is not associated with changes in either cannabis use or perceived access among high-risk youth, according to data published in the Journal of Substance Abuse Treatment.

A pair of researchers affiliated with the University of Toronto assessed cannabis use patterns immediately prior to and following legalization in a cohort of young people who had been enrolled in a substance abuse treatment program. All of the 269 participants in the study had a history of marijuana use.

They concluded, “Cannabis use does not appear to have changed substantially in the short-term following legalization among youth seeking services for substance use disorders, whether or not the youth have reached the age of majority.”

Full text of the study, “Legalization of cannabis use in Canada: Impacts on the cannabis use profiles of youth seeking services for substance use,” appears in the Journal of Substance Abuse Treatment.

London, United Kingdom: The administration of the phytocannabinoid CBDV (cannabidivarin) modulates brain chemistry in autistic patients in a manner that is typically associated with better patient outcomes, according to clinical data published in the journal Molecular Autism.

An international team of investigators from Germany, Spain, the Netherlands, and the United Kingdom assessed the administration of CBDV versus placebo in a cohort of male patients with autism spectrum disorder (ASD). Researchers reported that CBDV dosing led to brain changes in the striatum that are typically associated with the mitigation of ASD symptoms.

Authors concluded: “A single dose of CBDV was sufficient to shift atypical striatal FC [functional connectivity] in the mature autistic brain towards the profile found at baseline in neurotypicals. … Future studies are required to determine whether modulation of striatal FC is associated with a change in ASD symptoms.”

Several observational trials have documented behavioral improvements in ASD patients administered whole-plant cannabis extracts. Most recently, a 2021 review of the relevant literature summarized: “Cannabis products [have been demonstrated to] reduce the number and/or intensity of different symptoms, including hyperactivity, attacks of self-mutilation and anger, sleep problems, anxiety, restlessness, psychomotor agitation, irritability, aggressiveness perseverance, and depression. Moreover, they [are associated with an] improvement in cognition, sensory sensitivity, attention, social interaction, and language.”

Authors of the review concluded, “Cannabis and cannabinoids may have promising effects in the treatment of symptoms related to ASD and can be used as a therapeutic alternative in the relief of those symptoms.”

Full text of the study, “Modulation of striatal functioning connectivity differences in adults with and without autism spectrum disorder in a single-dose randomized trial of cannabidivarin,” appears in Molecular Autism.

Study: Legal Marijuana Farms Are Not a Drain on Water Resources

Berkeley, CA: Licensed outdoor marijuana farms in northern California do not put undue strain on limited water resources, according to data published in the Journal of Environmental Management.

A team of researchers affiliated with the University of California, Berkeley and with the State of California, North Coast Regional Water Quality Control Board assessed irrigation patterns among licensed cannabis farms.

Authors stated that cannabis farming isn’t “particularly thirsty relative to other crops.” They estimated that “legal outdoor [cannabis] production uses about the same amount of water as a crop like tomatoes” and about 33 times less water than almonds.

Because the University study only assessed water use among legally licensed farms, the authors cautioned that their findings may not be applicable to illicit growing practices. A prior study, published by New Frontier Data in partnership with the Resource Innovation Institute and the University of California, Berkeley similarly concluded that cannabis is among the most “water-economical” of California’s top revenue crops.

Full text of the study, “Water storage and irrigation practices for cannabis drive seasonal patterns of water extraction and use in northern California,” appears in the Journal of Environmental Management.

New York, NY: The administration of oral CBD is not consistently associated with analgesia in healthy volunteers exposed to experimentally-induced pain, according to clinical data published in the British Journal of Clinical Pharmacology.

Researchers affiliated with Columbia University assessed the administration of various doses of purified CBD (200, 400, or 800mg) versus placebo in subjects exposed to experimental pain conditions.

Investigators reported that CBD “failed to consistently affect pain threshold and tolerance … relative to placebo.” In some cases, CBD dosing was associated with increases in subjects’ perceptions of pain.

Other studies have documented the anti-inflammatory effects of CBD, which may be useful in the treatment of chronic pain in certain pain populations. Moreover, the inhalation of whole-plant cannabis is well-established as an analgesic agent in various populations, particularly those suffering from neuropathy.

Full text of the study, “The dose-dependent analgesic effects, abuse liability, safety and tolerability of oral cannabidiol in healthy humans,” appears in the British Journal of Clinical Pharmacology. 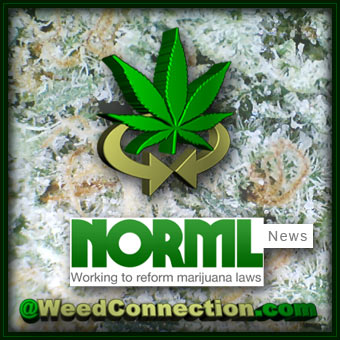